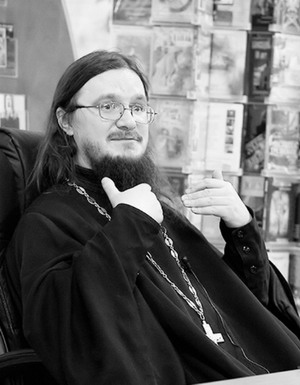 Part I – What is Salvation?

Concerning Salvation… Salvation is the most important question. Our Church exists for nothing else but to rescue a person from sin, damnation and death. All other goals of the Church are secondary in relation to this main aim.

For example, to instruct in patriotic education – this is wonderful, admirable, but this may also be attained by attending school. To regulate the traffic on our roads – the State of Automobile Inspection (GAI), the State Inspection for Road Safety (GIBDD) may fulfill this.

But to rescue the souls of people – this is the main mission of the Church. For this purpose God created the Church on earth. And therefore when asked, for what reason do we go to Church, we answer, that we go to attain Salvation.

Many people who come to Church, think that the main aim there is to achieve some sort of worldly success. But the Church does not agree. Of course, God does often grant worldly success to people who call on Him for help, but He grants this to them together with sorrow. As Saint Nikolay Velimirovich the Serbian said:

”We often come to God and ask for the comforts of earth, and God gives them to us along with grief. He has prepared the Heavens for us, but we exchange this for rummaging in the earthly puddle”.

Therefore the question is: what is Salvation? From what it is necessary to be saved? Many people say: just live well, and all will be perfect, and you will be a normal person, and that’s all, God will be obliged to send you to paradise.

That’s just not true. We know that in accordance with the words of Christ Himself, for example, the unbaptized person will not enter the Kingdom of God, not in any way.

Unfortunately, there is a tendency – I would like to address our TV-viewers in order that they not go to extremes, that many people postpone the baptism of their children for an indeterminate time saying that, when they grow up they will decide for themselves.

We should remember that the Devil will not wait for your children to reach adulthood. Better that you sanctify your children and consecrate them to God, in order that to grow under the protection of God, and not under the tyranny of the Devil.

But, let us return back to the theme. Yes? Salvation. What does it mean: to be saved from sin? Indeed, sin is a transgression of the commandments of God, sin is lawlessness, it is that which destroys a person. Sin is death.

But the soul can die and does die in the person who has turned away from God. It really becomes apparent. Look. When the body of a person dies, what happens to it? It starts to stink, to putrefy. When the soul of a person dies, the rot appears in his mouth too, not physically – but spiritually.

For example, swearing, abusive speech, rage, animosity, hate, brawls, lust-filled gaze. Are not these displays of a rotted soul which has putrefied by turning away from God?

The person enslaved to sin loses his freedom. If he desires – he sins, if he doesn’t desire – he sins too. Sin becomes as though second nature, it is as a parasite, which draws out all power of a person.

Actually, its probably best to not say “as though”, because behind any sin is the unclean spirit, Satan, who thereby leaves a person without power.

Maybe our TV-viewers have noted: you commit some offense – and immediately, a feeling of devastation occurs.

So, sin destroys a soul, a person gradually becomes eaten away, and then he begins to search for help, for support from without. He wants to find this support on people.

But the other people also have similar spiritual strength, they are imperfect. And he starts to attack people with conflicts, or vice verse, with despondency.

From this begins depression, or conversely, hysterical rage. What purpose is there to all of this? To gain some strength from another person. But people are careful and also start to defend themselves against such a person. Conflicts, brawls, and hate appear. And all the participants in this weaken.

Do you understand what insidiousness it is?

Sin putrefies a person. And, for example, imagine yourself, the brawler – a person, who lives his way and says ”all is bad: the whether is bad, the authorities are bad, life is bad…” – he dislikes all people, because “everyone has betrayed me”. First of all, all people run from such a person. This is understandable: who wants to be with such a person?

God doesn’t help such a person, because this person breaks the commandments of God directly, clearly, militantly. As a result, this person, imagine yourself, finds himself alone in old age, and then he dies… And what do you think, where will he go? Will he go to God, whom he repudiated during his life? No, He will not.

He will go to Hell, in the place of everlasting loneliness. This is precisely that relationship between sin and death and everlasting torment about which is spoken in Scripture. This is that thing, which is not invented by the Bible, not invented by God, but is just an observable thing. A person, turning himself away from God perishes.

He doesn’t perish literally, but the family perishes, relatives perish, the relationship between friends perish, problems appear at work. And such a person gradually, permanently disintegrates.
So, how to escape this?

Part II – How to obtain Salvation?

The matter is that, on the one side, if you want to rid yourself of sin you need to stop giving it your power, but this is very difficult, because inside of the person something like a blocking element comes into play, it blocks the desire to change, and, on the other side, you need not only stop giving it your power, you need to rid yourself of those spiritual beings, which we call demons, who, in fact, urge us to sin.

I think, each of our TV-viewers everyday and many times have noticed thoughts, bad thoughts, which had come to their mind, I’m not saying voices, but just thoughts: “he looked askew at you”, “aha, he cut in front of you, rotten and so!… What I wouldn’t do to him…”.

All of this is demonic influence, of course, enslaves the person and the person, who sins, begins to sin habitually, and as though it were not enough, this habit is tied closely with more sins. A whole chain develops and the person becomes as though in bondage. And it is necessary these bounds be removed. But it is necessary not only that these bounds are removed, but that the person be recovered also, because sin has destroyed the power of the soul, it extinguished much power: you have stopped sinning – but the power was not restored.

Precisely here begins Salvation. How to obtain Salvation? The matter is that Holy Scripture says: “for by the works of the law shall no flesh be justified”. Yes, in principle, the theory I may say that each of our TV-viewers may obtain Salvation without Christ. He may do. But on one small condition: he must keep all the commands of God during all his life, do you understand? And then he will be saved. But there is no such person. And as the Bible said, and as our conscience shows, there is not one living who does not sin.

I make note here that this is not to be good according to our understanding of what is good, but according to what God considers to be good. And we understand that, yes: to set moral standards for oneself – this is folly, no great feat, we understand. But, another matter completely to take God’s standard. God is our Creator; therefore He gives us the standard, which is necessary for us. The commandment has been made not with the aim to torment us. On the contrary, with the aim for us to better understand and live in this life. So, it is necessary to remove sin, to become alive, to be reconciled to God.

Who can remove sin? Only the Creator of the universe, correct? But to do this it is necessary to believe, that He exists, to know where He is, and to know how to turn to Him. For this you need faith. Correct faith, the right faith – i.e. we say “the orthodox faith”.

But to believe is not enough. Imagine yourself that you have faith. What does this compare to? It’s like having a ticket. For example, you need to get to Saint-Petersburg; so you buy a ticket for a plane, or a train. You go around swinging, brandishing this ticket, saying: “I’ve got a ticket!” I.e. I’ve got faith, the absolutely correct faith – the absolutely proper, real ticket. But, it’s also necessary for you to board the train and get to the destination, or to board the plane, otherwise you’ll get nowhere with this ticket.

Therefore, if you want to obtain Salvation, you need to turn to God Himself, to come to Him. Where? To Church, to the Sacraments: Baptism, Confession, Holy Communion – these are not mere acts, that priests invented to line their pockets, as some foolish people think. these are the moments of reconciliation with God Himself.

At Baptism, God Himself baptizes through the hands of the priest. In Chrismation, He Himself anoints by His Divine life with the power of the Holy Spirit. In Confession, He Himself forgives the sins. The priest listens, but God forgives the sins. Some people say: “Surely God can forgive without this?”. If these emotions are internal, then perhaps He can. But if you are in a city, where there are a lot of churches, and you don’t go to church – He will not forgive precisely because you resist Him. Through Holy Communion He Himself enters you. And this no one can do. What happens at that moment?

You approach God, and all bonds are removed. When? At Baptism. Or at the Confession. During Confession sins are all removed at once. Some people say: “How can I rid myself of these sins?” there is only one way – to approach God, Who Himself will remove them from you, without charge. baptism and Confession are the only way to cleanse yourself from all sins immediately, freely. Then we receive the power for everlasting life: at Chrismation, when the Holy Spirit enters the person, gives him life and most importantly – at the Eucharist, when God Himself joins us. And we receive the knowledge to continue in this life, i.e. Holy Scripture, Holy Church Tradition. I. e. at that moment Salvation is given to us.

As the Apostle Paul says:

“God, because of His great love with which He loved us, even when we were dead in trespasses, made us alive together with Christ (by grace you have been saved), and raised us up together”.

And we have been saved by grace independently of works. This is not dependent on us, but is God’s gift, that no-one may boast.” For we are His workmanship, created in Christ Jesus for good works, which God prepared beforehand that we should walk in them”. I.e. Salvation is given to us at the Baptism and in the Sacraments, but is assimilated by us through our performing good works. Some people say that it isn’t necessary to do good deeds for Salvation. They are indeed necessary for Salvation, but not with the aim to obtain, to earn Salvation, but to take possession of it. So, to assimilate Salvation, to take possession of it, to become a godlike person. That is the aim of Salvation.