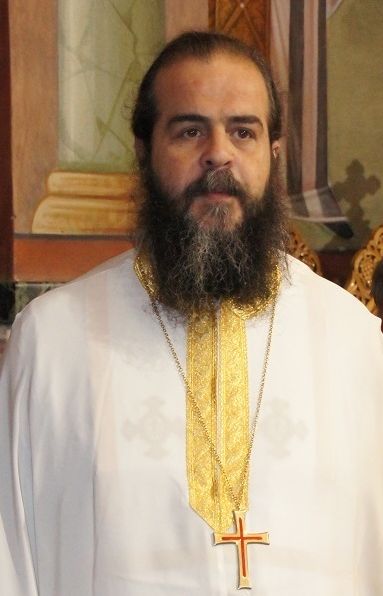 1. This article was written with fear and trepidation before the danger of recognition by the Local Churches of episcopal “consecrations” without Apostolic succession, which threatens to irreversibly tarnish the episcopal body of global Orthodoxy.

I will be sincerely glad if it’s confirmed that I am mistaken in any of the information I have brought forth or if I have come to wrong conclusions.

2. In order to avoid a scandal, I am completely silent about the moral qualities of the “bishops” of the schismatic groups in Ukraine, for here the expression of the apostle Paul is appropriate: It is a shame even to speak… It is amazing, however, how recklessly and hastily they were granted “autocephaly” and are now demanding recognition from the other Orthodox Churches, challenging the inter-Orthodox Church consciousness.

3. I hope that circumstances will not force us to publish such kinds of information to the disgrace of those who recognize people with such qualities as pastors of the people of God.

According to the announcement of the Ecumenical Patriarchate on October 11, 2018, the Holy Synod of the Ecumenical throne decided to accept “the petitions of appeal of Philaret Denisenko and Makary Maletich, and their followers… Thus, the above mentioned have been canonically reinstated to their hierarchical or priestly rank, and their faithful have been restored to communion with the Church.”

As for Philaret’s appeal, we mentioned in our earlier publication1 that the Ecumenical throne already examined Philaret’s appeal in 1992 and rejected it then. We will also note that since then, for twenty-six years in a row, Philaret not only did not show any respect for the decision of the competent Church court, but also violated it, ignoring the pan-Orthodox recognition of his conviction, having committed the most serious Church crimes (having performed dozens of ordinations while defrocked, having formed a schismatic Synod, having declared himself a patriarch, having entered into communion with the schismatics of other Churches, and having infested Ukraine and other areas with their altars, etc.), of provoking a schism and the confusion of the people.

As for Makary Maletich, the leader of the schismatic “Ukrainian Autocephalous Orthodox Church (UAOC),2 his case is fundamentally different and is extremely serious for all of Orthodoxy.

Note that Maletich’s group is represented in the new “autocephalous” church by fifteen “bishops,” while there are fifty bishops in all (that is, Maletich’s bishops make up thirty percent of the total number of hierarchs of the new church).

It is also worth noting that those defending the Phanar’s choice in the Ukrainian question talk about Philaret and his notorious “rehabilitation,” while they are completely silent about the much more serious situation with Makary.

He is never mentioned. This is cause for particular concern for us because while the Russian Orthodox Church has competently advanced serious accusations (some of which were published), the competent bodies both of the Phanar and of the new “autocephalous” church in Kiev remain silent. They provide no explanations to refute the allegations, thus creating the basis for widening concern.

In the announcement of the act of the restoration of Makary, the Ecumenical Patriarch speaks about Makary Maletich’s appeal, which (as is known) was submitted for the purpose of canceling the verdict against the bishop.

However, Makary Maletich had no right to submit an appeal as he hadn’t been condemned by an ecclesiastical court as a bishop.

He was a protopresbyter of the canonical Ukrainian Orthodox Church (Moscow Patriarchate), then left its jurisdiction and joined the schismatic UAOC. The [canonical] Church of Ukraine removed him from ministry.

On November 3, 1996, being a member of the schismatic UAOC, he was “consecrated” as a “bishop” by hierarchs having no canonical consecration, namely Dmitry Yarema, Igor Isichenko, and Methody Kudryakov.

All three who “consecrated” Makary have no Apostolic succession, as they received their consecrations from a known charlatan—the self-consecrated Vincent Chekalin.3

However, due to the fact that Makary was in a schismatic group, in which he was “consecrated,” the Russian Orthodox Church didn’t deal with his case and, of course, never judged him in the status of “bishop.”

2. When and by what canonical consecration did Makary receive the “hierarchical rank?” When was he deprived of the “hierarchical rank,” which he acquired, in order to restore him now to this rank by decision of the Patriarchate? How did the Holy Synod of the Ecumenical Patriarchate “reinstate [Makary] to the hierarchical rank?” Could it be possible that the Synodal Patriarchal decision on the appeal compensated for the lack of Apostolic succession in his episcopal consecration? And since when do the “canonical prerogatives of the Patriarch of Constantinople to accept appeals from hierarchs and other clergy from every autocephalous Church” also include the correction of the absence of Apostolic succession in an episcopal ordination?

The bishops of the UAOC (making up thirty percent of the new “autocephalous” church of Ukraine) were consecrated by two people: one deposed, and one self-consecrated! The deposed former bishop John Bodnarchuk and the self-consecrated charlatan Viktor (Vincent) Chekalin, who in the 1990s “consecrated” the first “bishops,” establishing a group of schismatics and non-canonical and Apostolic succession-less hierarchy for the UAOC.

However, he separated from his Church and therefore on November 14, 1989 was deposed by decision of the Synod of the Moscow Patriarchate. He never submitted an appeal. He was a member of the schismatic UAOC and, being deposed, together with Vincent Chekalin consecrated the first “bishops” in the UAOC schism.

Viktor (Vincent) Chekalin was a deacon of the Russian Orthodox Church. He was never ordained as a priest or as a bishop, not even in a schismatic group. In 1987, he was a teacher in an agricultural school in the Kaluga Province, where (on the basis of complaints from the parents of students) he was sentenced to three years in prison for molesting minors.

After his early release in 1988, he declared himself the “Bishop of Yasnaya Polyana” of the “True Orthodox Church.” He published texts where he critiqued the Church leadership of the Russian Orthodox Church, accusing it of ecumenism and connections with other confessions.

In 1990, he moved to Jordanville in the U.S. in search of the support of the Russian Orthodox Church Outside of Russia but was driven out and deported from the United States for stealing antimensions and liturgical books.

He subsequently arrived in Ukraine and entered the UAOC in the imaginary status of a bishop of the “catacomb church,” where together with the deposed bishop John Bodnarchuk, he founded the hierarchy of the UAOC, having “consecrated” Vasily Bodnarchuk and Andrei Abramchuk (3/24/1990 and 4/7/1990).

Later, at the end of 1990, he joined the Ukrainian Greek Catholic church (Uniate), and the Uniate Vladimir Sternyuk, the bishop of Lvov, appointed him the “first hierarch of the Russian Catholic church” (Uniate) on behalf of the pope of Rome, with the right to consecrate and receive bishops and to found dioceses, and all other rights in terms of management, having also issued a corresponding letter. Chekalin proceeded to create Greek Catholic (Uniate) communities in Latvia and Russia.

In 1991, the Vatican officially recognized that Vincent Chekalin has no canonical hierarchical consecration, is not a bishop, and is not subject to the Uniate Metropolia of Lvov, while Bishop Vladimir Sternyuk was removed from his position for his cooperation with Chekalin.

In the early 1990s, Chekalin deceived a married couple from among his spiritual children and kidnapped their ten-year-old son and fled to Australia with him. There he presented the child as his son and received a new ID with the name Vincent Berg, and Australian citizenship.

The child’s mother later accused Chekalin several times of kidnapping and molesting a minor, but attempts to return the child to the family were unsuccessful. In Australia, Chekalin long presented himself as the victim of political repression in the USSR, as a bishop of the Anglican church, and a “psychiatrist of a secret KGB school.”

In September 2018, Chekalin was sentenced in Australia to four years and three months imprisonment for numerous acts of fraud and falsification, as he presented himself as a psychiatrist, presenting fake diplomas. He was also charged with sexual crimes against minors. Evidence of the charges has been published in the Australian media and online.

Unfortunately, the majority of the “hierarchs” of the UAOC received their consecration from such “hierarchs,” without any Apostolic succession.

After that, they created the “hierarchy” of the schismatic group under the leadership of Makary Maletich—the “Ukrainian Autocephalous Orthodox Church.”

Today the Synod of the new “autocephalous” church of Ukraine under the leadership of the new “metropolitan” Epiphany, which received a tomos of autocephaly from Constantinople, consists of fifteen “bishops” of the UAOC of Makary Maletich, having received “consecration” from John Bodnarchuk and the self-consecrated Vincent Chekalin. That is, thirty percent of the “hierarchs” of the new “autocephalous” church of Ukraine have no Apostolic succession…

However, the greatest tragedy will occur if they find—God forbid!—Local Orthodox Churches that, wishing to serve worldly purposes, recognize such consecrations as canonical and Spirit-bearing…

So far, thank God, it hasn’t happened, but every Orthodox Church faces with fear and trembling the danger of recognizing the self-consecrated, Apostolic succession-less, as canonical bishops of the Church of Christ, which would irreparably tarnish the episcopal body of the global Orthodox Church.

Source of the article: https://orthochristian.com/121018.html