Confession of the Orthodox Faith against all heresies by Blessed Father Damianos, Archbishop of Sinai 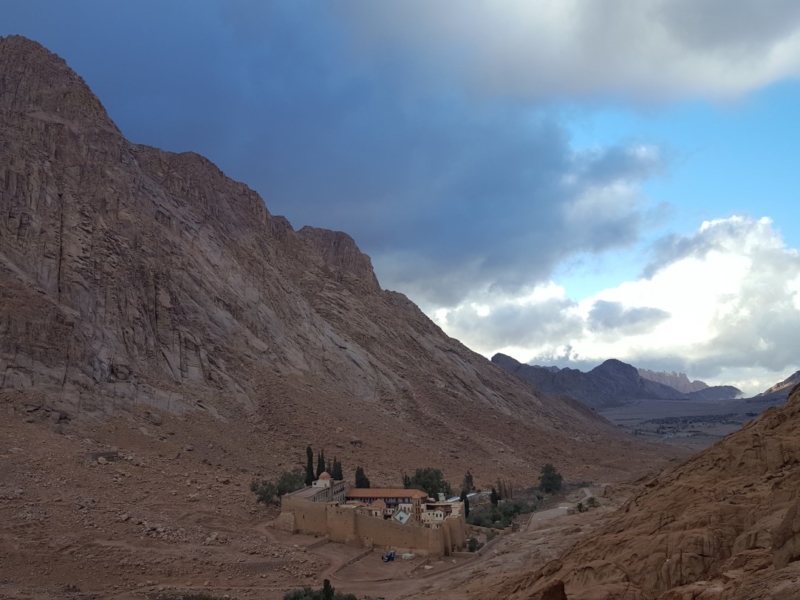 All of us who were baptized in the Orthodox Church and believe in Orthodoxy are full members of the One Holy, Catholic and Apostolic Church, which is the Body of Christ. Through the Sacrament of the Holy Myrrh we received the Seal of the Gift of the Holy Spirit and through Holy Communion with the Body and Blood of Christ we unite with Him and become members of His Body.

Being members of the Holy Church, which is only the Orthodox Church, the only Church where we unite with the True God, the only one where man can save his soul, we show and reject publicly the heresies that have gripped some of the members of the Church.

A heresy does not affect only the person who believes in it, it also affects the members of the Church, as long as there are those who think heretical and preach heresy by word and deed, sharing the microbe of heresy throughout the Body of the Church. Heresy preached by the bishop or priest affects the believers as well. Also, the bishop or priest must take care so that the members of his flock do not learn heresy. If moral sins separate man from God, more so heresy does that. It is the duty of the bishop to teach rightly the Word of the Truth, because holiness is organically linked to the Truth (“Sanctify them in Your Truth, and Your Word is the Truth” – John 17,17). Christ is “the Way, the Truth and the Life” (John 14, 6).

Heresy is a lie and blasphemy against the Incarnate Word, God-Man Jesus Christ. It is born as a spiritual deception, becoming an ideology contrary to the Truth and cutting off the possibility of holiness and salvation.

As a disease does not affect only a sick organ, but the whole body, heresy does the same by poisoning some of the members of the Church, causing pain throughout Her entire body. That is why, every time a heresy appeared that threatened the body of the Church, Ecumenical and Local Synods met, which anathematized the heresy and the heretics who supported it, in other words, they cut from the body of the Church the heretical teaching and those who promoted it.

Saint Paul the Apostle says in his Epistle to the Romans: “But as we have many limbs in one body, and not all limbs have the same office, so we are all one body in Christ, and each one is a member of one another, but we have different gifts, according to the grace that was given to us” (Rom. 12, 4-6). And in the First Epistle to the Corinthians, Saint Paul says: “And the eye cannot tell the hand: I have no need of you; and again, the head cannot tell the feet: I have no need of you. But much more the limbs of the body that seem to be weaker are more necessary”(1Cor. 12, 21-22). The Apostle further shows that “if a limb suffers, all the limbs suffer together; and if a limb is honest, all the limbs rejoice together”(1 Cor. 12, 26-27).

Taking into consideration that so far no Local Synods have been convened to condemn those who have been violating both the Apostolic Canons and the decisions of the Ecumenical and Local Synods for almost 100 years, we – as the living members of the Body of Christ – reject and dissociate ourselves from all practices condemned by the Church:

We show ecumenism as heresy and we publicly reject it and all its manifestations:

– there are members of the Church outside the walls of the Orthodox Church;

– the Church of Christ is more than the denomination of each member of the so-called “World Council of Churches”;

The Orthodox Church is Ecumenical (Universal) and not ecumenist, and that is why we expect from Her members to practice and preach Orthodoxy to all creatures, bringing many to the Ship of Salvation which is the Orthodox Church, the One, Holy, Catholic and Apostolic Church, as we testify in the Nicene Creed. Therefore, we dissociate ourselves from the position of all those who teach or practice the heresies mentioned above, whether they are elaborated by pan-Orthodox synods (as it happened in Crete in 2016), local synods, patriarchs, hierarchs, priests, deacons, monks or believers.

We, through this confession, rebuke those who do not seek to correct their fallen brothers in the ecumenist deception, adopting a passive, peaceful and tacit attitude, which Saint Gregory Palamas sees as the third type of atheism, after atheism and heresy.

May God the Trinity, glorified and worshiped, help us!

I have taken note of the above text which was read to me by the Orthodox clergyman (Matei Vulcanescu, priest) because of the problems I have with my eyes, and I fully agree with the content of the text, giving, moreover, this Orthodox and patristic confession to my ordination as a bishop.

The Orthodox Church of Sinai is an autonomous Christian Orthodox Church, whose territory consists of St. Catherine’s Monastery (which is located on the Sinai Peninsula, at the foot of Mount Sinai in Egypt) along with several outbuildings. The Church is pastored by an archbishop who is traditionally ordained by the Patriarch of Jerusalem and who, at the same time, is the abbot of the monastery.