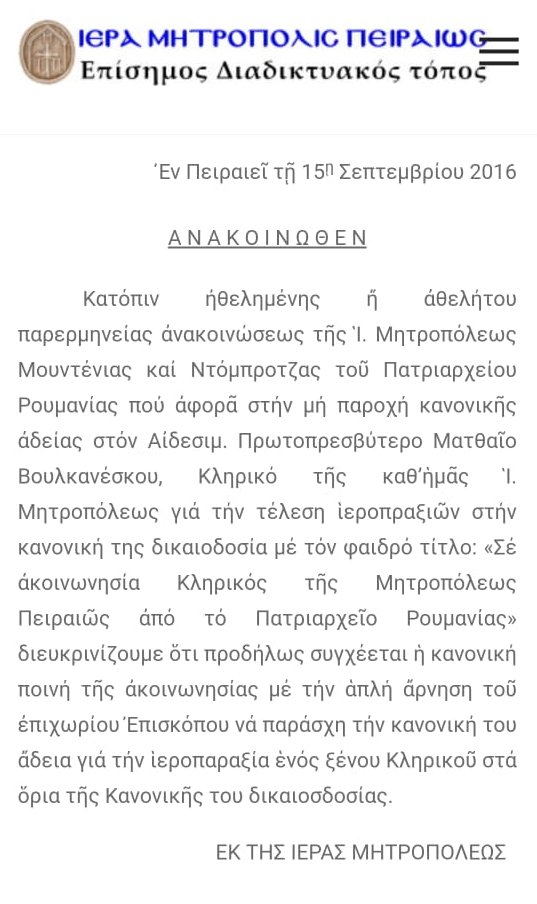 We make a brief remark, even with the risk of repeating, for the reader to understand this situation:

We cannot talk about excommunication, because the Romanian Patriarchate does not have the right to excommunicate a priest  who canonically doesn’t subordinate to it.

In other words, the Romanian Patriarchate cannot “excommunicate” a priest who belongs to another patriarchy.

The right to forbid a priest from another diocese / metropolis / patriarchy to serve on a diocese is established by the local bishop, often at his will. This does not mean that the priest is not canonical or is barred from the service of the saints.

We mention that Father Matei Vulcănescu has the working priesthood, and the Metropolitan Church of Piraeus, to which he belongs canonically, did not place any prohibition on him to serve in any canonical place of worship. On behalf of Metropolitan Seraphim, who is the first abbot of the diocese to which he belongs canonically, Father Matei Vulcănescu, has all the rights to serve where he is received.